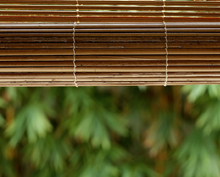 According to statistics released by the Western Australia Police Force, break-ins and burglaries are still high on the list for crimes committed in the city of Perth. They report that crime is influenced by a number of factors, including weather and time of year (e.g. burglaries tend to happen more in the warmer, summer months), socio-economic conditions of the community affected (e.g. whether the suburb is prosperous or not, and predominantly old or young), as well as general economic conditions of the city (e.g. higher or lower economic conditions).

The data also highlights population as a major factor in the rise of particular kinds of crime, since WA has grown in the number of people by 40% in the past ten years. The police also point to other kinds of conditions which mean the types of crimes committed in the community are different, such as areas with large commercial premises, or entertainment districts, may suffer different kinds of crime than a predominantly residential zone. The WA Police have recently switched their reporting methods to publish on a quarterly basis.

Data has also been produced by home insurers, such as the recent report published by RAC. Altogether, the RAC deals with more than 4000 home burglary insurance claims per year across WA, an average of 76 per week. Here are the top ten Perth suburbs that are targeted by burglars:

Thornlie was in first place for two years running 2014-2015, but in 2016 has now shifted to third place. Gosnells has now risen to the top spot for burglary claims in all of 2016. Morley has been in second place for the third year running. Northam (ninth in the list) is the worst performing regional suburb in 2016.

According to the data and the types of claims made, jewellery continues to be the primary target for opportunistic thieves, but an increasing trend is showing that bicycles are now being regularly stolen. Since 2014 there has been a 70% increase in the number of bikes taken from homes.

Is your home located in one of the top ten hotspots? The good news is that you can easily take simple measures to make your home less of a target. Many customers are now turning to us as one of the leading installers of roller shutters in Perth to prevent their homes or businesses being burgled. We are able to provide a range of security options for residential and commercial properties that include roller shutters, window shutters and screens.

If you haven’t considered fitting some roller shutters to your property yet, it is a simple and easy to apply a solution that will make your home safer. We are able to measure the exact specifications and then install the shutters to fit your doors and windows. Please give us a call today on (08) 9472 5143 to discuss a quote, and we’ll be happy to discuss your exact needs.